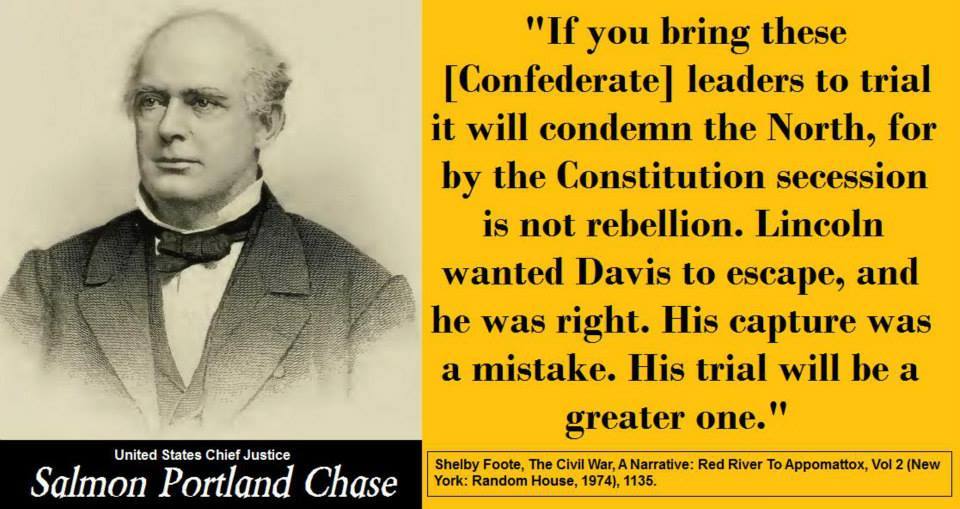 Jefferson foresaw problems between the States and the general government, and noted in an 1824 letter to John Cartwright that if a collision can “neither be avoided nor compromised, a convention of the States must be called, to ascribe the doubtful power to that department which they may think best.” He saw further that the “encroachments of State governments will tend to an excess of liberty which will correct itself, while those of the general government will tend to monarchy, which will fortify itself from day to day, instead of working its own cure. The very basis of the Tenth Amendment was to forbid the general government from assuming powers not strictly delegated.
Bernhard Thuersam, www.Circa1865.org   The Great American Political Divide

“Jefferson’s real concern was for American law, not international morality. He said he feared he had “gone beyond the Constitution” in agreeing to purchase Louisiana. Much as he believed the United States “must have the Mississippi”; much as he wanted there to be one nation on the continent, and an overland route to the Pacific coast, he was at least as much concerned for human liberty.

He utterly rejected the Federalists’ theory that the Constitution “implied” that the government could assume any powers not specifically spelled out in that document. If that we so, he felt, a future Federal government could justify almost anything on grounds that the laws it passed helping to promote the general welfare, even if their effect was to convert the republic into a monarchy.

The only protection the people had, he felt, lay in their control of their State governments. If the several States did not retain all powers not granted to the Federal government, they might as well give up any pretense of having rights of their own.