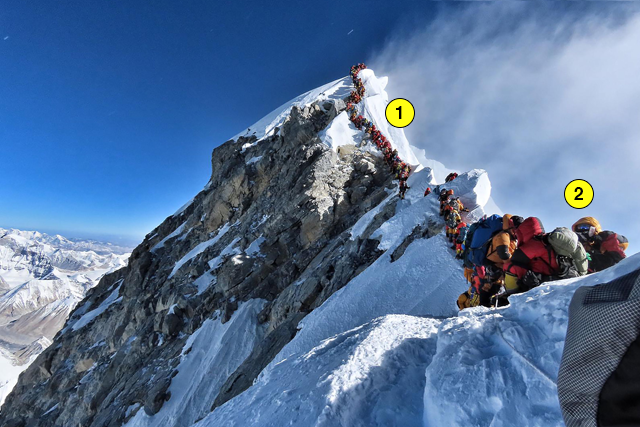 Three more climbers have died on Mount Everest, taking the death toll to seven in a week - more than the total for the whole of last year.

The three died of exhaustion while descending on Thursday.

It comes amid traffic jams near the summit as record numbers make the ascent, despite calls to limit the number of climbing permits.