Craftmanship in 1930 Vietnam as Seen in Paris' Specialized Municipal Libraries 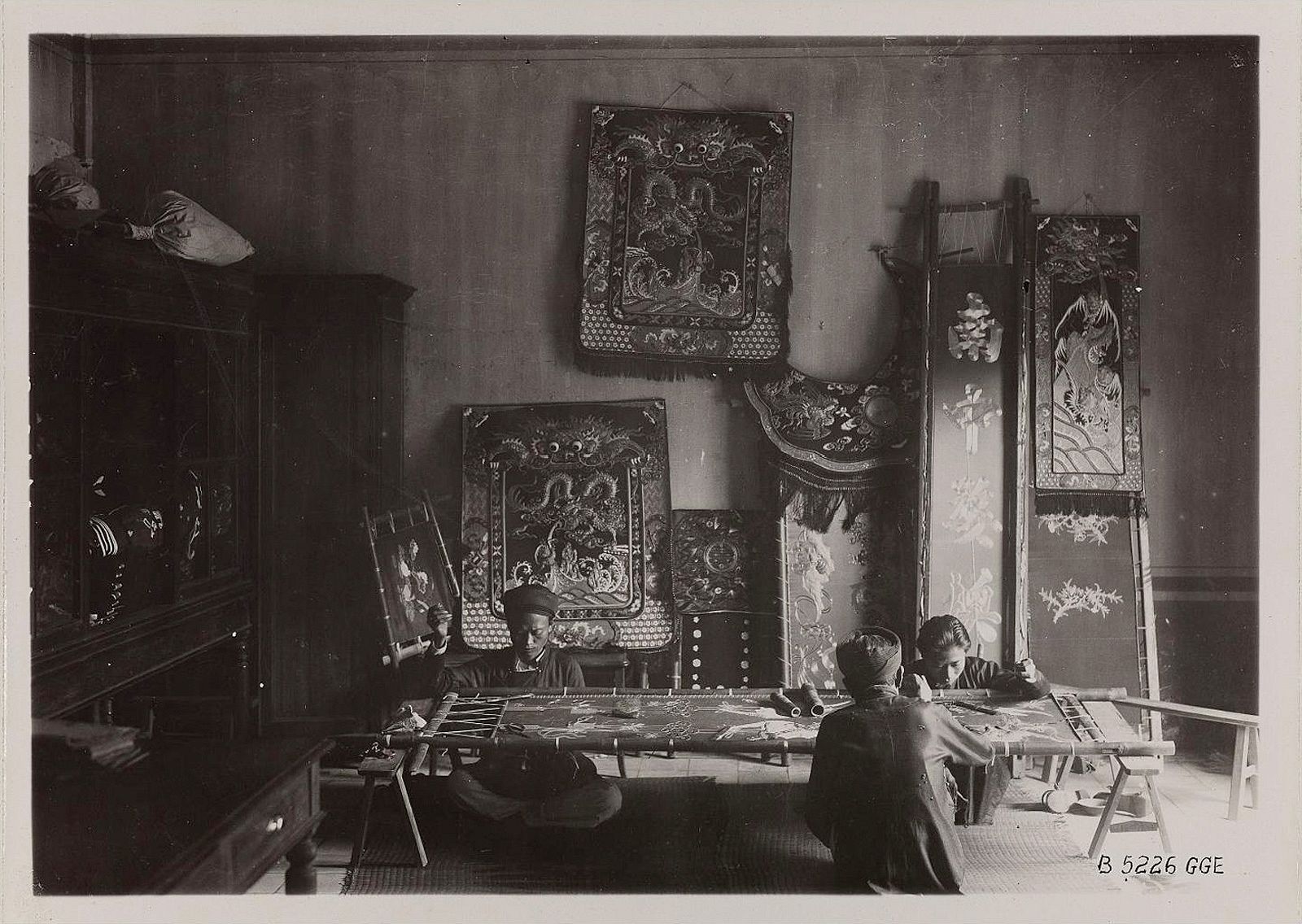 In this photo series, the camera's lens focuses on Vietnamese artisans in 1930, zooming on the intricate details of wood carvings and patterns from pagodas across the country, with a generous dose of orientalism.

Alison J. Murray Levine noted in her book Framing the Nation: Documentary Film in Interwar France, the Service photocinématographique in Indochine was established after World War II as a bureau for the colonial government’s public relations. This establishment was part of France’s "film mission" in Indochina, characterized by an emphasis on films as a means to popularize Indochina in France and inform the colonial subjects about their "mother country," wrote Nick Deocampo in Early Cinema in Asia. Thus, the French government invested in camera equipment and documentaries that enabled them to advertised images of Vietnam for propaganda and publicity.

The images, which centers around craftmanship and architecture in three regions, were taken after the Service photocinématographique has outsourced their tasks to a private company called Société Indochine-Films.