Hollywood's Apocalypse NOW: Rich and famous are fleeing in droves as liberal politics and coronavirus turn City of Dreams into cesspit plagued by junkies and violent criminals 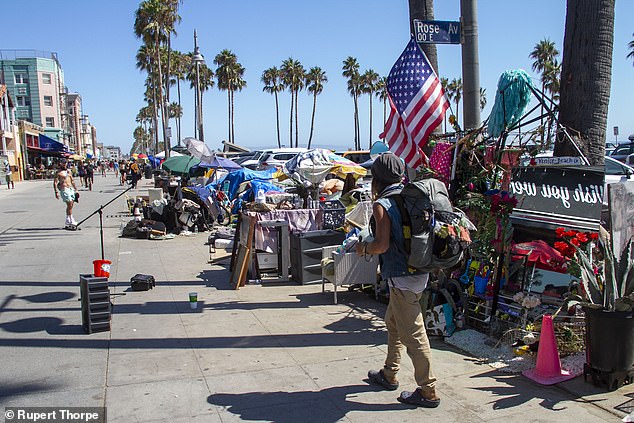 Gold's Gym has become synonymous with the Hollywood Dream.

Set just a few hundred yards from the ocean in sun-kissed Venice Beach, Los Angeles, Gold's was the backdrop for Pumping Iron, the 1977 documentary which followed a young, unknown Austrian bodybuilder called Arnold Schwarzenegger as he prepared for the Mr Universe contest.

The film turned him into an overnight sensation. He would go on to become a global superstar, marry a member of the Kennedy clan, and become Governor of California.