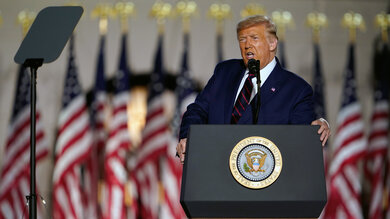 At stake is whether our country survives as a constitutional republic from this covert, insidious attack both from within by the aid and comfort by elected and unelected officials and others owing allegiance to the United States and by the assistance of hostile foreign governments and The New World Order.  As Benjamin Franklin said, our government is, A republic, if you can keep it. As explained by Richard Berman, “. . . democratic republics are not merely founded upon the consent of the people, they are also absolutely dependent upon the active and informed involvement of the people for their continued good health.”  [My emphasis] We must preserve the rule of law and put an end to this unequal system of justice — rules for thee, but not for me.  As John Adams said, “[We are] a Government of Laws, Not of Men.”

Our founders were visionary and provided ways to resolve disputed Presidential elections. Constitutional law expert Attorney Jenna Ellis, a Trump legal team member, outlined this procedure. The most straightforward solution is for the six contested states' legislatures to convene on their initiative by a simple majority vote without being called into session by a reluctant governor. Then by a resolution by a simple majority vote, reclaim their state’s electors pledged for Biden and appoint electors for Trump before Congress meets Jan. 6, 2020.