After the partial recount he only needed another .08 to trigger an automatic recount of the complete election. He states he didn't think a further recount would have given him a win, but he didn't need to win it at that point, only receive enough to force the whole election to be recounted with nothing to lose except his backer's money which might have been the problem.  Strange, up 2,000 and then they do a partial recount in the midst of the election and he's down 2,500. 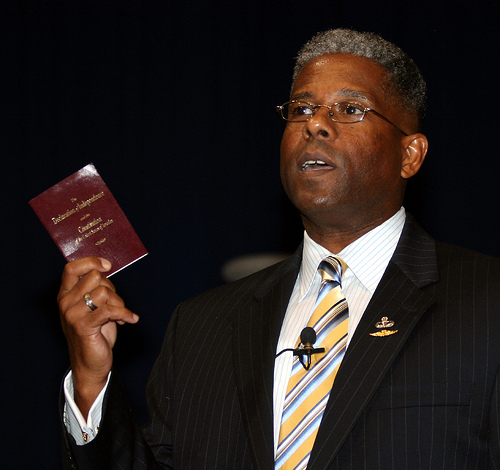 Florida Rep. Allen West — the tea party pugilist and face of the class of House Republicans that stormed to power two years ago — conceded Tuesday to 29-year-old construction executive Patrick Murphy in one of the nation’s highest-profile congressional races.

After two weeks of battle with St. Lucie County elections officials — and a recount of early votes that wound up extending Murphy’s lead — West acknowledged that he couldn’t surmount his 1,904-vote, or 0.58 percent, deficit. That difference was just outside the 0.5 percent threshold to automatically trigger a recount of all votes.