Comment on : You’re Not Free If You Can’t Secede From an Oppressive Government 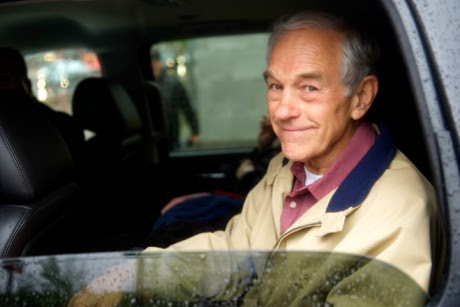 
I am an American who grew up loving his country.

I believed from a political standpoint, that defending this country against all comers was most important.

I am a patriot, and have served my country in the US Navy, as a submariner.

And I signed the petition to PEACEFULLY secede from the corrupt kleptocracy the so-called government has become.

We have already tried the incorporation scheme, obviating the Republic. The corporation's performance failures are painfully evident, in that overall, it has become a tyranny, that oppresses rather than protects We The People of this once-great nation and spreads its errors and terror all around the world, to order, of the dark cabal which owns it.

The corporation has failed. It must be removed and the rightful, and lawful government of the Republic per the Constitution be re-instated. We are NOT wishing to secede from that original form, rather, we want a divorce from the usurper that has infiltrated and taken over. And that usurper, by the "law" they created, only has jurisdiction in Washington DC, but has unlawfully extended itself into our lives and turned them upside down. We are NOT seceding from each other, in the several states, we are seceding from the evil criminal organization that has shown itself in Washington DC and without right or law, has assumed tyrannical dominance over the several states.

From the very beginning, the nation state republics formed a "perpetual union", meaning that union would stand, but the rights of sovereignty were retained, as agreed by all the states joining. What right does then a criminal corporation that seeks to suck out our substance have to rule over us in this tyranny far worse than any Crown has heaped upon us at any point in our history?

That is what the secession movement is about. It is not Anti Obama based on his ethnicity or religious background. This is true because the patriots who are expressing their dissatisfaction with the tyrannical corporation do not care about ethnicity. Obama could be purple for all we care, because we would love him dearly if he fulfilled his oath, and conducted his administration in keeping with all articles of the Constitution. Do you understand this distinction?

Thus, it is not anti Obama specifically; it is anti corporate beast, and Obama so happens to be employed by the beast. If it was anyone else, doing the same things, our outrage wouldn't be any the less piqued. This is an important part for Obama supporters to understand. Their support and allegiance has been misplaced, because for the love of an impossibly immature idea, they over-look a host of faults and failings because denial of the failings is so much easier than confronting them so they can be corrected.

There was patriotic outrage (not the vicious false attacks in the mainstream media) at the failings of the Bush administrations, both Presidents Bush, which was conveniently swept away and ignored, but make no mistake, both have been criminal, and their actions set the stage for Obama to come in and finish the job. These are patriotic presidents? I think not!

But as I said above, this is the nature of the beast. It is what we can expect it to do so long as we continue allowing it to exist. We can do better, and for the sake of our children, we have to do better. This has been an explanation of what the secession movement is about. I don't care which side of the divide you place yourself with respect to this movement, but hopefully, this has helped you to see either side of this issue and realize it is far more complex than and 2D definition people want to label this with.
Posted by Brock Townsend at Tuesday, November 20, 2012