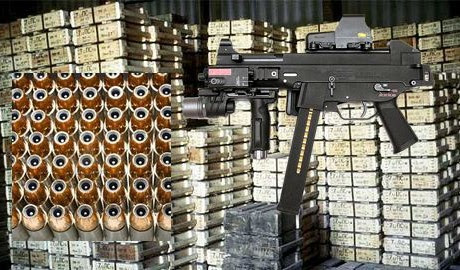 Just a couple of days ago, I reported on two congressmen who were demanding that the Department of Homeland Security explain their solicitations of 1.6 billion bullets for purchase. Congressman Leonard Lance (R-NJ) and Representative Timothy Huelscamp (R-KS) both want answers to why DHS needs to be purchasing that much ammunition, seeing that they are a domestic agency.

Congressman Doug LaMalfa (R-CA) along with 14 other House representatives have written a letter to DHS wanting to know what the Federal agency is buying so many rounds of ammunition and whether or not they are doing it deliberately to restrict the supply to the American people.

That’s right friends. With the main stream wanting to poo poo this story, it is finally making its way to House Representatives and there are finally voices calling for accountability.

“The extraordinary level of ammunition purchases made by Homeland Security seems to have, in states such as my own, created an extreme shortage of ammunition to the point where many gun owners are unable to purchase any,” LaMalfa wrote in the letter.

LaMalfa pointed out that there are spending cuts, which I’ve pointed out are not any real cuts, across the board, so he wants to know why nearly 2 billion rounds of ammunition, enough for a 24 year war, were being solicited by DHS. “In light of these developments, the lack of transparency and questions that have been raised pertaining to these purchases,” Representative LaMalfa asked the following of DHS: