"General, I would like very well to bury the whole lot of you.” 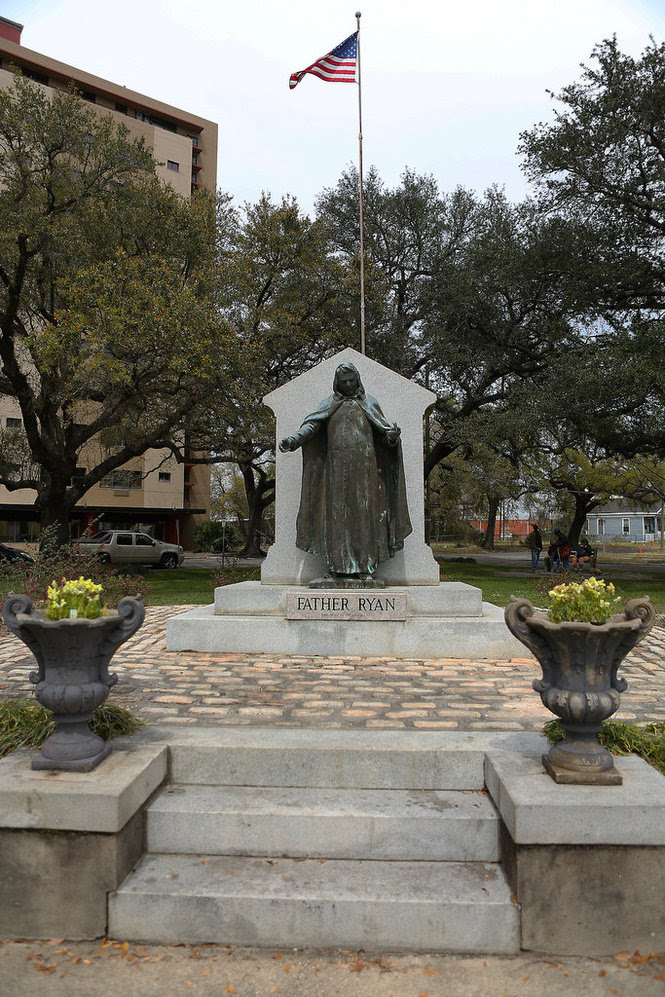 At Catholic Cemetery on Martin Luther King Jr. Avenue, his gravesite is easy to spot. It is marked by a stark white marble cross and slab lying underneath a flying Christian flag.

But it was another flag – the flag of the Confederacy – that helped make a name for Father Abram Joseph Ryan, the “poet-priest of the South” who considered Mobile home enough to want to be buried here.

In a Tennessee rectory just after the South surrendered, the Catholic priest wrote an epitaph for a fallen nation called “The Conquered Banner.” At one point in time, it was required reading for schoolchildren.

In part, it says:

* One of the many poems I recited in front of the UDC at the Baptist Church in Marshall, Virginia as a child. "I'm A Good Old Rebel."
Posted by Brock Townsend at Friday, March 22, 2013