AP: U.S. officials have identified five Benghazi suspects — but won’t seize them because there’s not enough evidence to prosecute yet 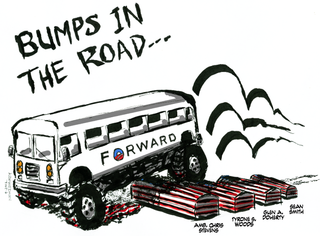 Via the Right Sphere. Am I reading this correctly? President Dronestrike, who’s been known to liquidate people from the air in places like Pakistan with no more evidence than that their movements show the “signature” of a terrorist, now won’t go in and grab five jihadis whom the feds have reason to believe murdered a U.S. ambassador?
What?


U.S. officials say they have identified five men they believe might be behind the attack on the diplomatic mission in Benghazi, Libya, last year. The officials say they have enough evidence to justify seizing them by military force as suspected terrorists — but not enough proof to try them in a U.S. civilian court as the Obama administration prefers.


So the officials say the men remain at large while the FBI gathers more evidence. The decision not to seize the men militarily underscores the White House’s aim to move away from hunting terrorists as enemy combatants and toward trying them as criminals in a civilian justice system.

First things first: How much do you suppose the AP enjoyed kneeing Obama in the groin by publishing this after finding out that the DOJ was peeking at their phone records? Imagine the subpoenas being prepared at this very moment to find out who leaked them this scoop on Benghazi.