THE BATTLE OF RIPCORD, THE LAST STAND OF VIETNAM, COMING SUMMER 2014

DARK RONIN Films is honored to bring this gripping true story to the big screen.  Follow the men who fought the last major battle of Vietnam.  Nealy forgotten by back home, fighting for their lives against impossible odds, the heroes of RIPCORD withstood the advancement of more than 30,000 enemy troops.  The siege of Ripcord cost the lives of hundreds of American soldiers and thousands of those on the opposite side.  This is their story. 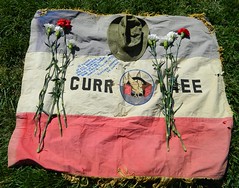 I hope this picture does justice to the best book I have ever read concerning a battle. Part Seven: The Storm, pages315  to 401, especially 315 to 374 ending in "When I opened my eyes, I was staring into the face of a dead North Vietnamese......." is impossible to put down.

Keith Nolan’s research, his comprehension of the political as well as the military actions, his careful concern for those who were there, and, most of all, his writing, are superb. Indeed, I’ve never read a better account of a battle, and I’ve never been prouder of the American fighting man, nor more scornful of his political and high ranking military leaders. To those who want to know what it was like to be a grunt in Vietnam, I recommend Ripcord without stint or reservation.
--Stephen Ambrose
Posted by Brock Townsend at Wednesday, May 22, 2013