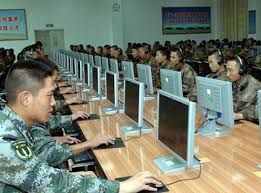 Designs for many of the nation’s most sensitive advanced weapons systems have been compromised by Chinese hackers, according to a report prepared for the Pentagon and to officials from government and the defense industry.

Among more than two dozen major weapons systems whose designs were breached were programs critical to U.S. missile defenses and combat aircraft and ships, according to a previously undisclosed section of a confidential report prepared for Pentagon leaders by the Defense Science Board.

Experts warn that the electronic intrusions gave China access to advanced technology that could accelerate the development of its weapons systems and weaken the U.S. military advantage in a future conflict.


More @ The Washington Post
Posted by Brock Townsend at Tuesday, May 28, 2013