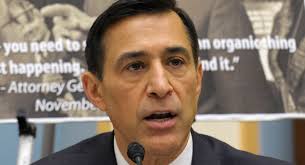 House Oversight Committee Chairman Darrell Issa (R-Calif.) has subpoenaed State Department documents related to the Benghazi talking points, according to a letter sent to Secretary of State John Kerry obtained by The Hill In the letter, Issa states that the department's release of 100 emails earlier this month was "incomplete." Issa demands that Kerry produce "relevant documents through subpoena. The enclosed subpoena covers documents and the communications related to talking points prepared for members of the House Permanent Select Committee on Intelligence and used by Ambassador Susan Rice during her September 16th, 2012, appearances on CBS, NBC, ABC, Fox, and CNN."

Issa said that the documents released on May 20 did not answer "critical" questions posed by the committee as it investigates what happened during the attack on the U.S. consulate in Benghazi, Libya, and the aftermath of that terror attack that killed former U.S. Ambassador to Libya Chris Stephens and three other Americans.

More than one week after the attack, Rice took to the airwaves to blame the attack on a protest over an anti-Islam video, denying that it had anything to do with terrorism, despite the CIA's belief that the attack was caused by terrorists.