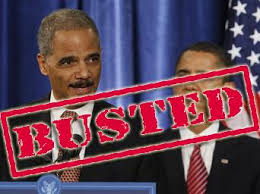 The House Judiciary Committee is investigating whether Attorney General Eric Holder lied under oath during his May 15 testimony on the Justice Department’s (DOJ) surveillance of reporters, an aide close to the matter told The Hill.

The panel is looking at a statement Holder made during a back and forth with Rep. Hank Johnson (D-Ga.) about whether the DOJ could prosecute reporters under the Espionage Act of 1917.

“In regard to potential prosecution of the press for the disclosure of material -- this is not something I’ve ever been involved in, heard of, or would think would be wise policy,” Holder said during the hearing.

The panel is investigating whether NBC’s report contradicts Holder’s claim that he had not looked into or been involved with a possible prosecution of the press in a leaks case.