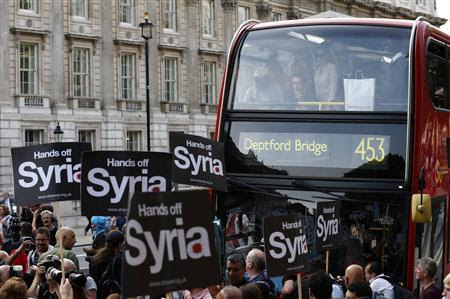 Prime Minister David Cameron's plans to join a potential military strike on Syria were thwarted on Thursday night when Britain's parliament narrowly voted against a government motion to authorize such action in principle.

In a humiliating defeat for the British leader likely to damage Cameron's hopes of being re-elected in 2015 and set back traditionally strong U.S.-UK relations, parliament defied Cameron by 285 to 272 votes.