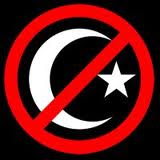 By popular demand, Angolan authorities have taken pre-emptive action and decided to ban the Muslim religion, which they consider a cult, NOT a religion. They see what Muslims are doing to Christians, especially in Africa, and are taking steps to prevent the same from happening in Angola.

Xibaaru  In early October 2013, the Muslims living in Luanda in the municipality of Viana Zango were shocked to see the minaret of their mosque dismantled into pieces on the ground without permission. On Thursday 03 October in the morning, the Angolan authorities decided to destroy the mosque Zango located in the urban district of Viana 17 km. The governor of Luanda Bento announced in a radio spot that radical Muslims are not welcome in Angola and the Angolan government is not ready for the legalization of mosques in Angola.