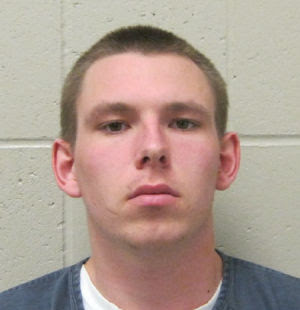 An elderly Pine County man shot and killed an armed intruder in his home in the early morning hours of Nov. 14, and a second alleged intruder now has criminal charges filed against him.
According to documents filed in Pine County Court, Charles Carlson was sleeping on the porch of his home near Sandstone when he was awakened by someone going through the porch and entering his kitchen.


Carlson told law enforcement that he first thought it was his friend and house guest, who was spending the night upstairs in Carlson’s home.

Instead, he found Gypsy Wayne Watts, 23, who raised a .22 caliber revolver and pointed it at his head. Carlson said he could see the rounds in each of the chambers of the revolver.

He said he started to act “like he didn’t know was going on, and feigned being blind and hard of hearing,” according to court documents.

He saw a second individual run off from the kitchen area into the yard. Carlson said that Watts then lowered his weapon and started speaking to him. This gave Carlson the opportunity to grab his own loaded handgun.