So loyal, so brave, the dog who flew against the Luftwaffe 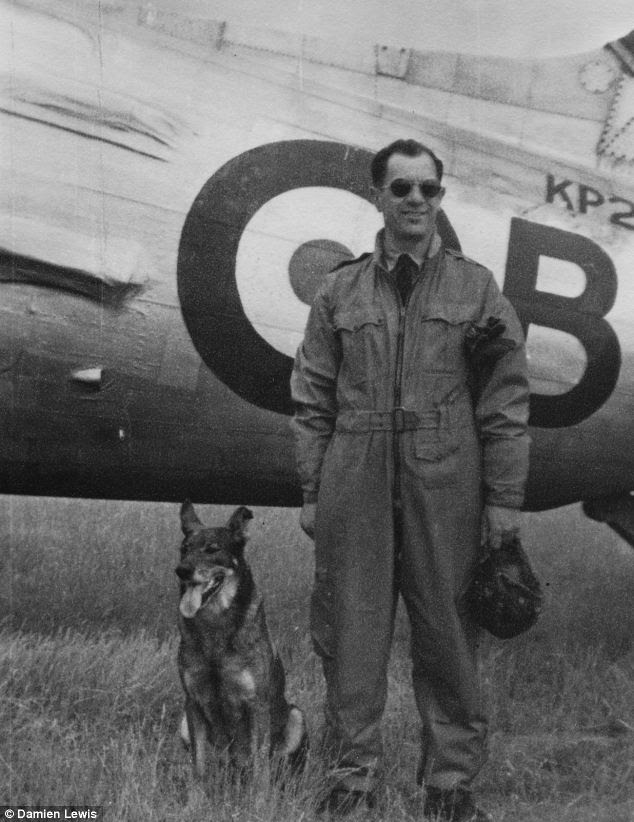 Dog saved lives and could hear Luftwaffe planes before they arrived

Eventually he stowed away aboard Robert's aircraft, risking death and injury

He was awarded the Dickin medal for 'outstanding devotion to duty'


Rising to a kneeling position, and miraculously unhurt, he spotted what looked like an old farmhouse 100 yards or so to the north. At a crouch he moved towards it.

Although there were no footprints in the snow, he could hear faint sounds of movement inside. Cocking his pistol, he gingerly pushed open the front door.

‘Get your hands up!’ he shouted in halting French. ‘Show yourself! Now!’