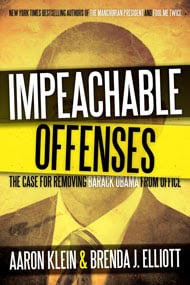 Congress needs to assign special prosecutors to investigate Obama administration misbehavior, charges a congressman who has distributed to members of the U.S. House copies of the book “Impeachable Offenses: The Case for Removing Barack Obama from Office.”

“From Benghazi to Fast and Furious to crony deals for ‘green’ energy to Obamacare the lawless Obama administration must be reined in. I am calling on Congress to establishment Select Committees on these scandals with full subpoena power,” said Rep. Steve Stockman, R-Texas, in a statement Thursday.

“We’ve seen how the Obama administration smears and defames their critics. Congress should investigate these scandals and turn the matters over to special prosecutors,” he said.