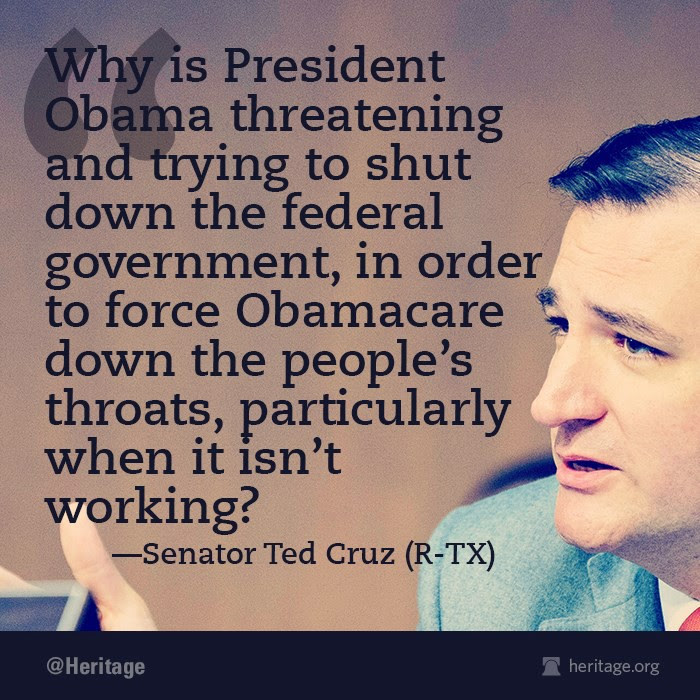 Senator Ted Cruz (R-TX) appeared on CBS Face the Nation on Sunday morning and was met with a barrage of questions from host Bob Schieffer about his involvement in the government shutdown.

Apart from being the victim of Schieffer’s accusations that the Tea Party senator was to blame for the shutdown, it also appears that Mr. Cruz was the victim of editing by CBS.

Based on video from Senator Cruz’s YouTube page and what aired on today’s Face the Nation broadcast, the senator’s comments surrounding President Obama’s “abuse of power” were edited from the program. Instead what aired was a segment that ignored many of the senator’s complaints directed at President Obama. [See the aired and unaired videos below.]