The Restless Heart of Darkness – Part One 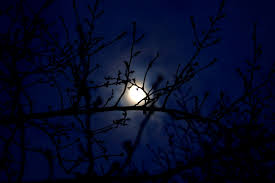 I had an insight recently, one of those Archimedes-sloshes-the-bath moments where a great mass of otherwise disorganized observations and rules-of-thumb suddenly fell into a pattern as neat as a periodic table. It is no doubt something many thinkers have seen and discussed erenow, but this was the first time I saw it, and to me it was a new as a young man’s first infatuation, as new as spring.

The insight occurred during a three discussions with fellow writers for whom I have enormous respect, but whose ideas I condemn as misleading, deceptive, even poisonous. (If you wonder one can respect a man whose ideas you loathe, imagine being a mother whose child grows up to be a drug addict, or a sexual pervert, or demon-possessed. The greater her love for the child, the deeper her hatred of the addiction, perversion, or possession enslaving him.)

At the risk of giving away the surprise ending (which, honestly, I suppose is not a surprise to anyone but me) I realized why it is that the current mainstream modern thought, despite its illogical and pointless nature, is so persistent, nay, so desperate.

I realized why they never admit they are wrong no matter how obvious the error, nor can they compromise, nor hold a rational discussion, nor a polite one, nor can they restrain themselves. They can neither win nor surrender.

I realized why their hearts were so restless.  It is obvious once one sees it.

No doubt I should explain first why this was such a puzzle to me.

There is a certain darkness slowly absorbing ever more of the intellectual life in the West which seeks, for various reasons, to remove the common morality of mankind from our souls, to deaden normal and natural emotions and passions, to break up the family, to abolish honest and human sentiments, patriotism and gratitude among them, to abolish a belief in objective truth, to abolish love of beauty, to abolish all passion for virtue, to kill God, and, in sum, to abolish everything that makes us truly human.