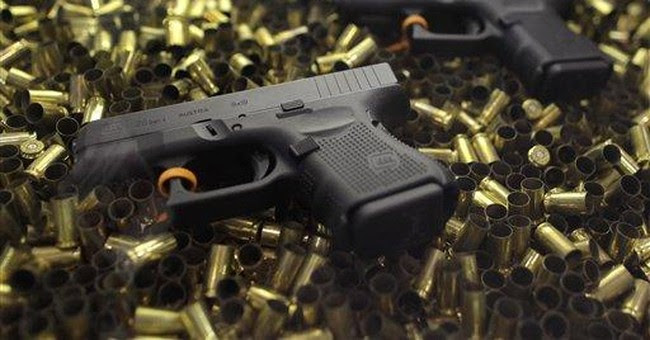 One in five female college students are sexually assaulted or raped according to a new report issued last week by the White House Council on Women and Girls. Declaring that sexual assault “affects every one of us,” Obama picked up his pen and signed a piece of paper (a “memorandum”) calling for the creation of a campus rape response task force.

Sure, this token effort could help Obama’s party appeal to female voters during a midterm election year. Or, Obama’s memorandum could give 2016 Democrat nominee Hillary Clinton (shhhhh, nobody knows!) something to strut about as she tours the country promoting her “No Ceilings” project to bring abuses against women “out of the shadows.”

But what real good will a memorandum or initiative do if it doesn’t include arming women? Young women are sexually assaulted on college campuses in part because college campuses are “Gun Free Zones.”