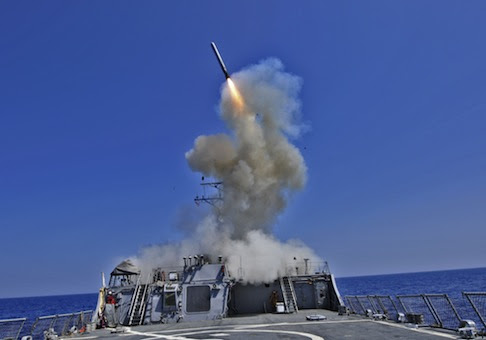 The Tomahawk missile program—known as “the world’s most advanced cruise missile”—is set to be cut by $128 million under Obama’s fiscal year 2015 budget proposal and completely eliminated by fiscal year 2016, according to budget documents released by the Navy.

In addition to the monetary cuts to the program, the number of actual Tomahawk missiles acquired by the United States would drop significantly—from 196 last year to just 100 in 2015. The number will then drop to zero in 2016.

The Navy will also be forced to cancel its acquisition of the well-regarded and highly effective Hellfire missiles in 2015, according to Obama’s proposal.

The proposed elimination of these missile programs came as a shock to lawmakers and military experts, who warned ending cutting these missiles would significantly erode America’s ability to deter enemy forces.