One drug to rule them all: Researchers find treatment that kills every kind of cancer tumor 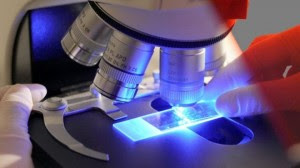 Researchers might have found the Holy Grail in the war against cancer, a miracle drug that has killed every kind of cancer tumor it has come in contact with.

The drug works by blocking a protein called CD47 that is essentially a “do not eat” signal to the body’s immune system, according to Science Magazine.

This protein is produced in healthy blood cells but researchers at Stanford University found that cancer cells produced an inordinate amount of the protein thus tricking the immune system into not destroying the harmful cells.

With this observation in mind, the researchers built an antibody that blocked cancer’s CD47 so that the body’s immune system attacked the dangerous cells.