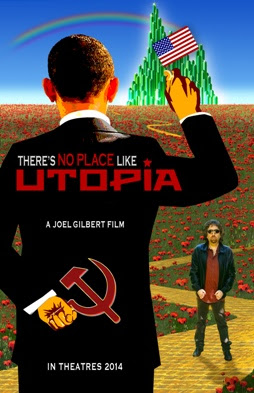 Joel Gilbert’s new documentary feature film “There’s No Place Like Utopia” is advancing to nationwide distribution in August based on strong box office results at its premiere showing over the weekend in Denver.

On July 13, 2012, D’Souza’s “2016” went nationwide and ultimately played in more than 2,000 theaters, grossing about $36 million, making it the second-highest grossing political documentary feature film ever.