Via comment by Anonymous on A Pair Of Kayakers Stays Amazingly Calm When a Gia... 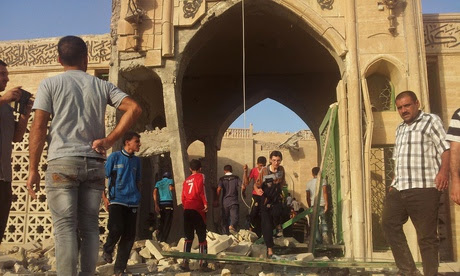 Islamic State (Isis) militants have blown up a revered Muslim shrine traditionally said to be the burial place of the prophet Jonah in Mosul, residents of the city said.

Residents said on Thursday that the militants first ordered everyone out of the Mosque of the Prophet Younis, or Jonah, then blew it up.

The mosque was built on an archaeological site dating back to the eighth century BC and is said to be the burial place of the prophet, who in stories from both the Bible and Qur'an is swallowed by a whale.

It was renovated in the 1990s under Iraq's late dictator Saddam Hussein and until the recent blitz by Isis that engulfed Mosul, remained a popular destination for religious pilgrims from around the world.