'We do have heroes … Adm. Jeremiah Denton' 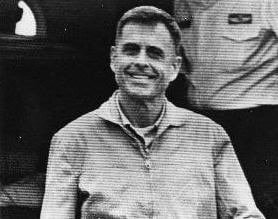 Denton wrote that when he began his Senate service he was not optimistic, recognizing he was “joining a Congress that had voted to sell out the freedom-loving people of South Vietnam, a Congress that voted, in spite of our military victory, to abandon Southeast Asia to the Communists.”

Former U.S. senator Adm. Jeremiah Denton, who died at age 89 in March, was interred at Arlington National Cemetery in a service highlighted by the reading of a letter from George H.W. Bush, the appearance and testimonies of fellow Vietnam POWS and attendance by two U.S. senators and a member of the House who shared time with him at the “Hanoi Hilton,” the infamous torture chamber that Denton defied.

“This was one of the most moving and fitting tributes for one of the greatest men of our generation,” said Joseph Farah, editor and chief executive officer of WND and WND Books, which republished an updated edition of Denton’s classic “When Hell Was in Session” that included accounts of his later service in the U.S. Senate with President Ronald Reagan.