Russia and the U.S. - Who is the real problem here? 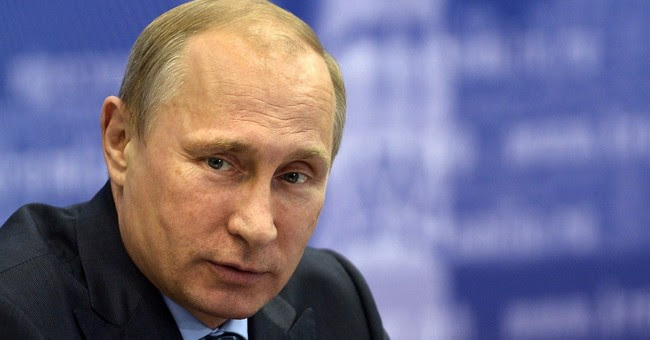 In 1933, the Holodomor was playing out in Ukraine.

After the "kulaks," the independent farmers, had been liquidated in the forced collectivization of Soviet agriculture, a genocidal famine was imposed on Ukraine through seizure of her food production.

Estimates of the dead range from two to nine million souls.

Walter Duranty of the New York Times, who called reports of the famine "malignant propaganda," won a Pulitzer for his mendacity.

"Americans will not support those who seek independence in order to replace a far-off tyranny with a local despotism. They will not aid those who promote a suicidal nationalism based upon ethnic hatred."

In short, Ukraine's independence was never part of America's agenda. From 1933 to 1991, it was never a U.S. vital interest. Bush I was against it.

When then did this issue of whose flag flies over Donetsk or Crimea become so crucial that we would arm Ukrainians to fight Russian-backed rebels and consider giving a NATO war guarantee to Kiev, potentially bringing us to war with a nuclear-armed Russia?