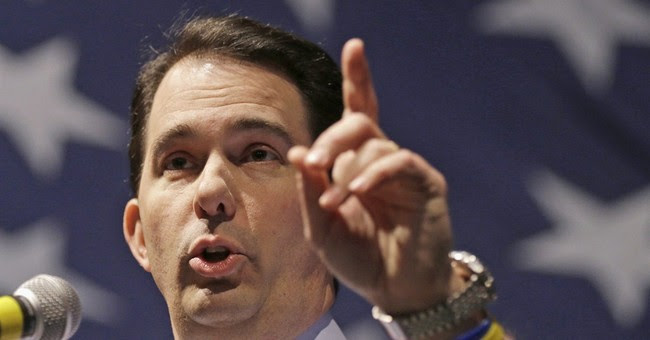 He endured massive protests and a contentious 2012 recall election, but Gov. Scott Walker of Wisconsin has been vindicated in his efforts to curb union power in the state. The Wisconsin Supreme Court upheld his collective bargaining reforms he enacted in 2011, ruling them constitutional (via Associated Press):

The fight over Wisconsin Gov. Scott Walker's signature policy achievement, a law effectively ending collective bargaining for most public employees, ended Thursday with the state Supreme Court declaring it to be constitutional.
…

The 5-2 state Supreme Court ruling is another major victory for Walker as he heads into the statewide election. Federal courts twice said the law, which limits public workers to bargaining only over base wage increases no greater than inflation, constitutional.