Officer Corps of the U.S. Military Complicit in Treason and the Establishment of World Government 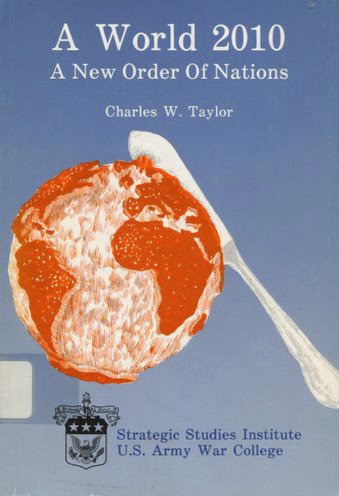 This is an extension of my earlier article from October 30, 2013, entitled Treason: The Disarmament of the United States, and the Declaration of World Government.

A 134-page unclassified book, published in January 1992 by the United States Army War College Strategic Studies Institute, details a revision of an earlier plan that had projected world government to be in effect by the target year of 2000. The report is called A World 2010: A New Order of Nations. The efforts to cement world government by the year 2000 were significantly set back by the work of American patriotic organizations, the formation of constitutional unorganized state militias, and most importantly, the elite's inability to disarm the American people.

The plan is taught in the War College and in all of the U.S. military academies, as the answer to war. They could not be doing what they're doing in Washington, D.C. ― they could not be placing American troops under United Nations or NATO command; they could not be subverting the Constitution for the united States of America, which all officers and enlisted men are sworn to protect and defend against all enemies foreign and domestic ― if the highest ranking officers in all five branches of our military services were not complicit in this plan. It is all to hasten the promulgation of world government under a global economic and sociopolitical power monopoly of the State.