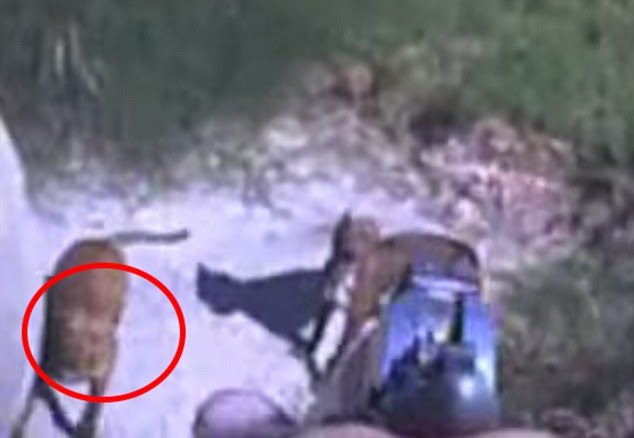 A police officer who triggered outrage when he fatally shot a pitbull puppy has received death threats with thousands calling for him to be 'terminated'.

Footage from his body camera shows Officer Kevin Dupre calling over six-month-old Maximus with kissing noises before shooting the puppy in a garden in Cleburne, Texas.

He has been placed on paid administrative leave until the outcome of the police investigation.