Can We Impeach Him Now? 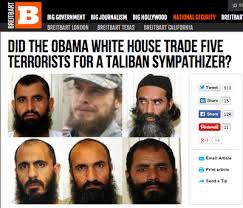 So now we know we gave up known terrorists for...... a deserter.


The Army has decided to charge Sgt. Bowe Bergdahl, who was released by Taliban-aligned militants last year in exchange for five Guantanamo prisoners, with desertion, according to a former military intelligence officer.

The official Army line is that no decision has been made.  I ain't buying it.

What I am buying is that the Obama Administration is doing their level best to suppress this finding by any means possible.  But the UCMJ isn't one of those things that is supposed to be subject to civilian review on a micro level.  That is, while the civilian government passes the UCMJ (in that the authority for it flows from same) on a case-by-case basis it is not discretionary within the purview of the executive -- including the CIC.