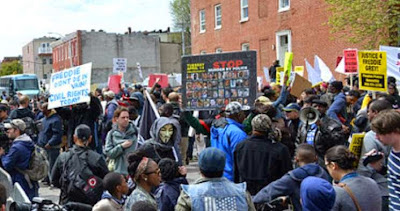 With many Americans wondering why so much alienation exists in cities such as Baltimore, Maryland, perhaps one answer is a reaction to decades of federal government programs that have been driving the destruction of the American family.

The Family Research Council's Marriage and Religion Research Institute has released a report highlighting the startling statistic that only 16 percent of teenagers in Baltimore between the ages of 15 and 17 have been raised in an intact, married family. Baltimore is one of the five least "intact" counties in the entire United States. Bishop E. W. Jackson, a senior research fellow for the Family Research Council, related this depressing fact to the recent senseless rioting and looting in the city.

"Boys ... are inculcated with the values of the streets," he explained, adding that "race and poverty become an excuse for criminality." The crisis in the African-American community, Jackson contends, is in "marriage and family."