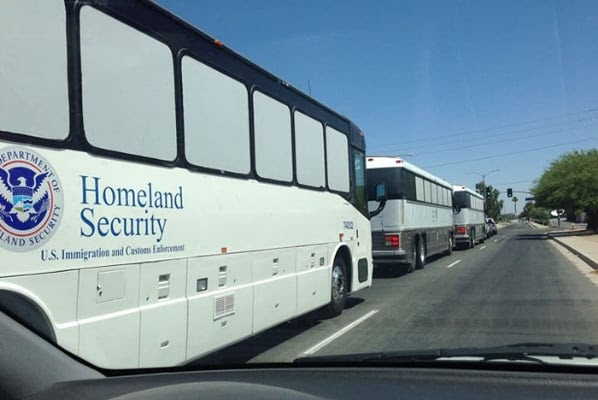 “And that video is further clear evidence that Obama and his administration is involved in a conspiracy to overthrow America’s defenses, laws, borders and republic by flooding America with as many people as possible who will be dependent on the system and the socialists who helped them,” Gheen told WND. “He’s going for broke because he knows that (Mitch) McConnell, (John) Boehner and the other sell-out Republicans won’t stop him.

“In fact, many of those Republicans are now voting for his Trans-Pacific Partnership trade deal and trying to get him more bodies, more non-Americans, into America. The name of the game is to get as many non-Americans with alien perspectives and principles into America so that America’s condition becomes terminal.”

The U.S. is bringing in 100,000 Muslims every year through legal channels such as the United Nations refugee program and various visa programs, but new reports indicate a pipeline has been established through the southern border with the help of the federal agency whose job it is to protect the homeland.

They are coming from Somalia and other African nations, according to a Homeland Security official who was caught recently transporting a busload of Africans to a detention center near Victorville, California.

Somalia is the home base of al-Shabab, a designated foreign terrorist organization that slaughtered 147 Christians at a university in Kenya just last month. It executed another 67 at the Westgate Mall in Nairobi, Kenya, in 2013, and has put out warnings that it will target malls in Canada and the U.S. Dozens of Somali refugees in the U.S. have been arrested, charged and convicted of providing support to overseas terrorist organizations over the past few years.

Libya is also awash in Islamist terror following the death of Moammar Gadhafi in 2011. ISIS beheaded 21 Coptic Christians on a Libyan beach in February.

So when Anita Fuentes of OpenYourEyesPeople.com posted a video of a U.S. Department of Homeland Security bus pulling into a Shell station in Victorville, on the night of May 7, admitting he had a busload of Somalis and other Africans who had crossed the southern border, it raised more than a few eyebrows among those concerned with illegal immigration and national security.