The GOP War on Private Weapons In America by Bill Buppert 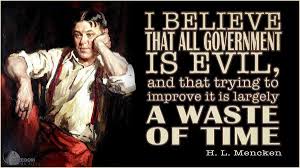 Philosophically, your stance on gun ownership tells me a lot of what your position is on freedom. If you’re a weapons prohibitionist, you tend to be a coercionist and government supremacist.

I dedicate this essay to the fruitless enterprise of voting and hope to show the Republicans or friends who are that the Grand Old Politburo is just as anxious as the Democrats to disarm you. Of course, the post-Second American Revolution Democrats have become a party of weapons prohibition but like all apparatchiks they consistently play philosophical whack-a-mole to plug new holes emerging in the totalitarian dike that separates Helots from their freedom. Two left wings of the same predatory bird.

At least the Democrats are honest enough about their economically illiterate Orwellian love affair with the Leviathan state since the 1930s.

I would suggest that the only difference between the parties is the spelling and nothing else. Both parties are death cults intent on piling on more and more freedom destroying regulations, laws and edicts that smother every ember of freedom that pokes out of the long-dead scorched earth of liberty that the government has firebombed since 1791.