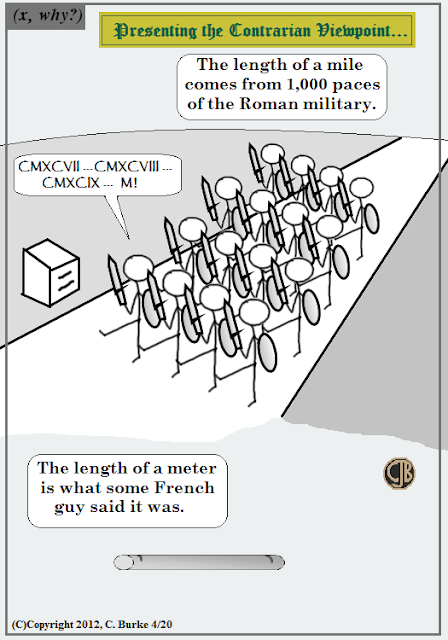 
On 28 July 1866 the metric system became the legal measurement system in the US, and we've been ignoring it ever since. Why? 'Tain't human. Tain't to the human measure.

Everybody knows an inch is as wide as your thumb, a foot as long as yours, a yard stretches from your nose to your fingertip, but what's a meter? Why, one ten-millionth of the distance from the equator to the North Pole. Sounds like the sort of "scientific" nonsense that would come out of the French Revolution, and sure enough it did.

It was always interesting to me when I lived in Germany that folks at the meat market didn't order "grams", but a Pfund or a halbes Pfund (pound or half pound), & I don't think I every heard anybody order a kilo of salami.