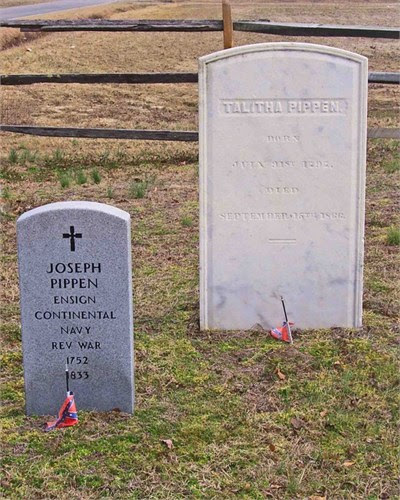 The tariff question is looming up in the Secession movement, both at home and abroad. The Virginia Convention has added it to its grievances, and is using it as an aid to the precipitation of that State --- a thing which seems to be only a question of time. Foreign papers are discussing it, and enlarging on the more favorable commercial relations offered by the Confederates; and it will be an important aid to them in securing the recognition of their independence. No observing man can now doubt that the Confederate Government will at once be recognized by the leading European Powers.

On the 1st of April, the new tariff (Morrill) goes into operation, which levied duties from fifty to seventy-five per cent higher than the Confederate tariff, on the leading articles of cotton and woolen goods. This, of course, will, if not prevented by Government force, drive all the importations to the Confederate ports, annihilating Northern commerce and the revenue of the Government, and doing for the South what of itself it would never begin to do, giving it a great foreign commerce.

To prevent this by collecting duties off the coast or by seizing cargoes, is war. The Government and people may as well look that event in the face at once. The first attempt made to collect duties from foreign goods bound to Confederate ports, will be followed by reprisals on our own commerce, and will be the beginning of a war with the Confederates, with a probability of involving us with foreign powers; for the first shipments will be made in foreign ships, and a seizure will raise the question with foreign governments; and what foreign power will respect our national claims over the Confederates, when we ourselves admit by our actions that we have no power over them.

Every-body begins to see now that the North has furnished the Confederates with the most powerful means for carrying out their scheme. We derive no satisfaction from reminding our readers that we told them so, while this tariff was pending. We urged this very advantage which the tariff would give the Confederates, as a reason why no increase of duties should be made at this time. In addition to giving them our commerce and a revenue to support their Government, we have furnished them with what they regard as a real grievance, one that they can state, a thing which they have not yet been able to do in regard to the slavery question.

The new tariff does not include the whole tariff difficulty, for the Confederates might have resorted to the same means under our present tariff. But that would afford them too small a margin to be used with much effect, for the current of trade is not turned from the great commercial cities by any small margin. They could not have seriously damaged our commerce without a tariff so low that it could not be relied upon for revenue, even if it would pay the cost of collecting; and the probability is that the present tariff would have driven the Confederates to free trade, and to direct taxation to pay for their Secession amusement, a thing which might have been a very useful lesson to them.

The North has played the game badly. The Republican Party was besotted with the old Whig Idea of protection, to which the actual necessities of the Government gave a force it never had before. And Northern politicians and journalists were besotted with the idea that hostility to slavery would prevent the Slave Confederacy getting any countenance from European Powers, and have seized with avidity upon every English and French article against Secession as proof of this. Probably by this time they begin to see that trade will beat philanthropy, no matter how long a start it may have.

Another notion with which Northern journalists blind themselves, is that the Confederates can do nothing at sea, because they have no vessels. What should prevent their having vessels? They have ports, navy-yards, revenue, and some vessels already, which are invincible, under the present practice which permits them to make war while we cry no coercion. They have one of the Government war steamers, lying at the Pensacola Navy-yard, which, doubtless, they will have fitted up ready for service when Fort Pickens falls into their hands; and even should they limit themselves to reprisals on Northern vessels in their ports, they can carry on the war in that way without loss to themselves.

But the worst feature of this tariff question is that it is governed entirely by a false idea of its operation. The South suppose that it makes them contribute more than their share of the Federal revenue. The North has always admitted it, and supposed that it made something out of the South by this system of supporting the Government. The idea is totally false. The laborers of the South consume no imported goods. Nearly all the laborers of the North do consume imported goods. The poor whites of the South consume no imported goods. We have no class in the North corresponding to them.

The small planters and farmers in the South consume much less of imported goods, or goods of any kind, than the same class in the North, on account of their different mode of living, and the greater comfort taste and luxury which prevails at the North Thus the class consuming foreign goods in the South is a very small one. Any one acquainted with the different circumstances of the people of the two sections, must see that under our revenue system the North pays vastly more than its proportion for the support of the Government.

The tariff is really a Northern grievance. Under it the South does not pay more than half its proportion of the Federal revenue; nor half what it receives back again in salaries, fortifications, troops for defense against Indians, and postal facilities. Under a tariff system the South is almost exempt from the burdens of Government, yet the South is permitted to allege the tariff as a Southern grievance. Thus our Government has a rotten financial system, totally unreliable as a means of revenue, and which puts the support of the Government chiefly on the North; while the South, which is supported by it, makes it a source of constant complaint.

It is time the falsity of the whole tariff system were exposed, and the thing overthrown. The North, with its immense taxable basis, would not feel the support of Government by direct taxes, any more than it should be felt, to secure an economical Government; and it is time it should show that it can stand on its own genius, without any Government restrictions. In the long run the tariff has never benefitted manufacturers, and never will they will prosper best with free trade, and should demonstrate at once that they can stand on their own bottom.

And we will say to the manufacturers that it will not be long before they will be the loudest clamorers for free trade; for a horizontal tariff of fifteen or twenty per cent, will be destructive to them. It will give them no advantage of any moment at home, while the duty which they will pay on imported materials will cut them off from foreign markets, where they will come in competition with goods made from free materials; and that is the tariff we are coming to.

We conclude that a Government which will not make war to defend its important positions in the Confederate States, will not to collect its revenues from them. It cannot be done without. Therefore there is an immediate necessity for the reduction of our tariff to theirs. Fortunate would it be for the country if the present disruption should overthrow the whole tariff system.
Posted by Brock Townsend at Friday, August 21, 2015