Germans 'betray own people to a future of bloodshed 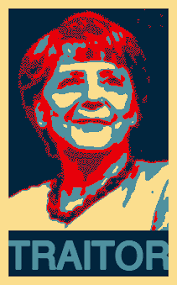 A fear of provoking xenophobia caused German police and politicians to keep secret the enormous crime problem among North African migrants in the country, the German newspaper Die Welt reports.
But Pamela Geller, president of the American Freedom Defense Initiative and a WND columnist, said there are many dangers from hiding the truth from the German people.

“They are betraying their own people to a future of bloodshed and committing national suicide,” Geller said. “They will go down in history with Hitler as the destroyers of Germany.”