Via comment by  JWMJR on The Right to Tell the Government to Go to Hell: Fr... 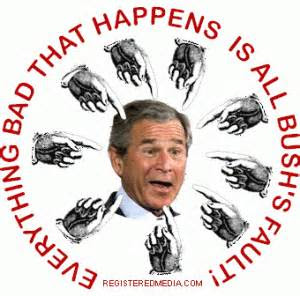 Anyone who reads this blog knows that I am no fan of the Bush clan, an as incompetent a lot of inbred political hacks as there ever were. That doesn't change the fact however that through the entire arc of W's presidency the disdain, bile and open hatred that flowed out of the political left towards him reached new depths of incivility. So frequent was it that it took on a name of its own; Bush derangement syndrome.

The symptoms of the disease my have gone into remission somewhat upon his leaving office but the methodology of thee virus, the intellectual cancer itself never really went away, like any other retro viruses and cancers it metastasizes throughout the body (politic) only to be called forth by the self described wizards of political sorcery when the next target appeared to threaten their grip on their current interpretation of political orthodoxy.

That target is now of course Donald Trump.