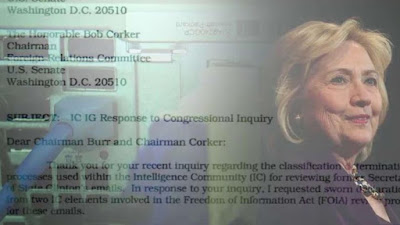 Emails from Hillary Clinton's home server contained information classified at levels higher than previously known, including a level meant to protect some of the most sensitive U.S. intelligence, according to a document obtained by NBC News.

In a letter to lawmakers, the intelligence community's internal watchdog says some of Clinton's emails contained information classified Top Secret/Special Access Program, a secrecy designation that includes some of the most closely held U.S. intelligence matters.

Two American intelligence officials tell NBC News these are not the same two emails from Clinton's server that have long been reported as containing information deemed Top Secret.