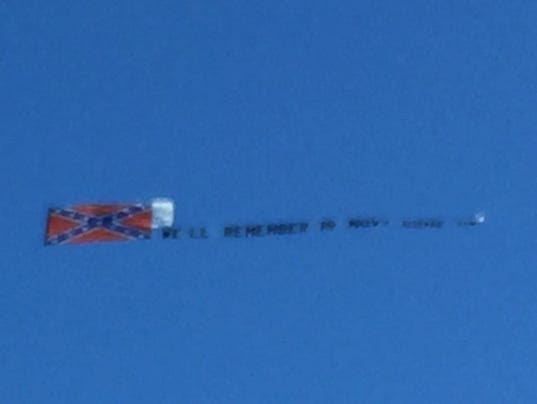 A small plane flying the Confederate flag buzzed the Capitol on Tuesday, protesting bills that would ban the flag's display from public property.

The aerial display, sponsored by the Florida chapter of Save Southern Heritage, included a banner with the message, “We’ll remember in Nov.,” a reference to this year's election.

“We’re hoping to bring attention to this issue so that the legislators will know there will be a political price to pay for being deniers of the truth of Florida’s history,” said David McCallister of Tampa, a spokesman for the group.