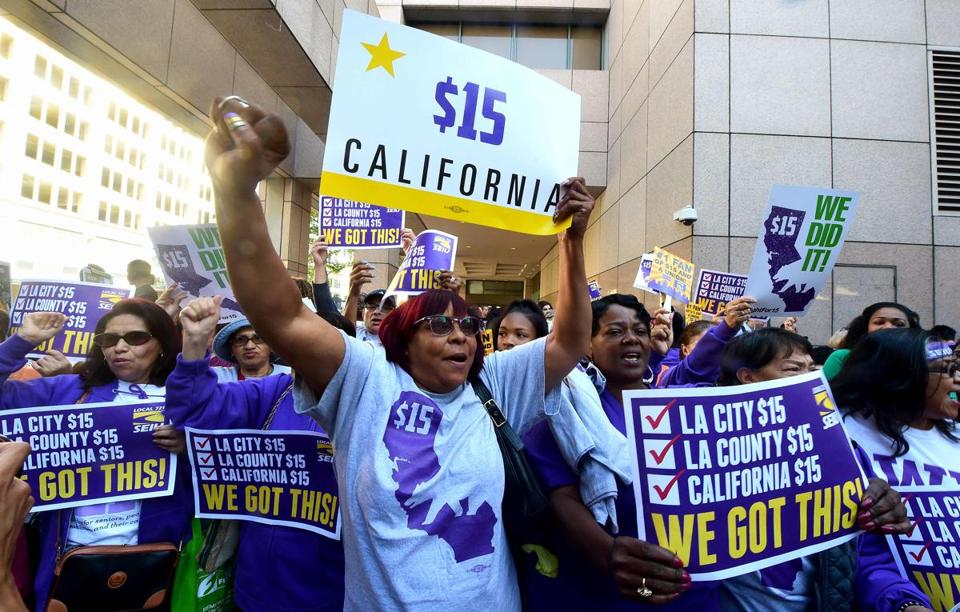 $15.00 an hour or else! Such is the latest theme or should I say threat coming from the perpetually ignorant left. If one were to examine photographs from the protests you will see a crowd of predomanantly black faces with a few poorly educated alleged white college students mixed in.  It is almost guaranteed that they never took, nor could pass a basic class in economics.

As always, observation and consideration of unintended consequences is the furthest thing from their minds.  That's not to say that their aren't raftloads of spinless politicians who will either cater to their demands or buckle under the pressure. After all the city of Seattle and the state of California have already done so.

Numerous companies have already announced that they have computerized robotic systems ready to go that can cook and prepare fast food items quicker and more efficiently than any high school drop out. They have the added benefit of $0.00 per hour pay, zero benifits, they won't take the day off for Cinco de Mayo or Martin Luther King Jr. day and they won't spit in your food! If any of these dimwits think that some of these same companies aren't working on robotic janitors and hotel maids, well they're dimwits. I'd say maybe they could also work on robotic Street protesters but I think the NEA has about got that covered.