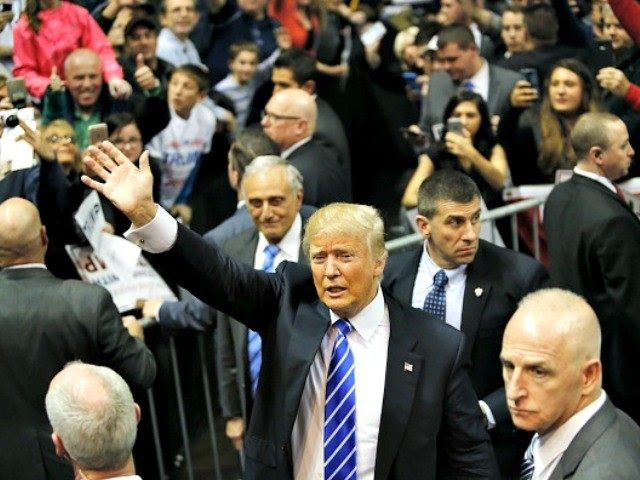 In an exclusive interview with Breitbart News on Thursday afternoon, he said he’s “greatly honored” they’re targeting him as he thinks that’s proof he’s the only Republican who can win the general election.

“It’s Hillary and Bernie teaming up because the last person they want to run against is Donald Trump,” Trump told Breitbart News.