A Little Something For The Progressive Crowd. 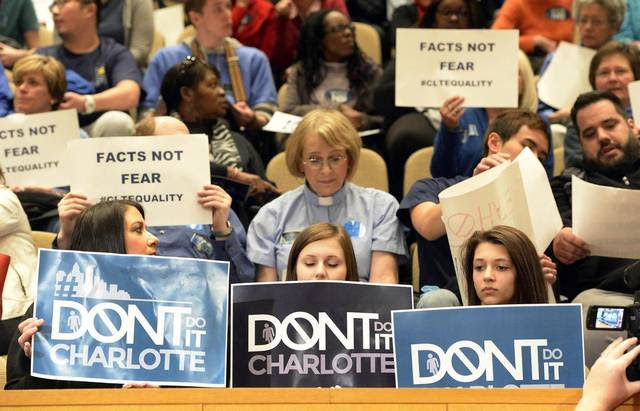 It seems all the progressive world has hand their knickers in a twist over North Carolina's state legislature reaffirming it's authority over the limits of power as relates to local city councils. Never mind that Mayor Roberts was told before the fact that it was beyond the legal authority of the city council to require private businesses to convert their bathrooms and locker rooms to a gender neutral format, and that if she persued passage of the ordinance it would be overturned by the Legislature, even if it required the calling of a special session.

In spite of this she and the Democrats controlling the city council decided to stick their collective finger into the eye of the Republican controlled legislature. That this is a clear demonstration that their real intent was to create a political issue where none had existed and not for any altruistic or "civil rights" concern for what might generously be considered .03% of the population.