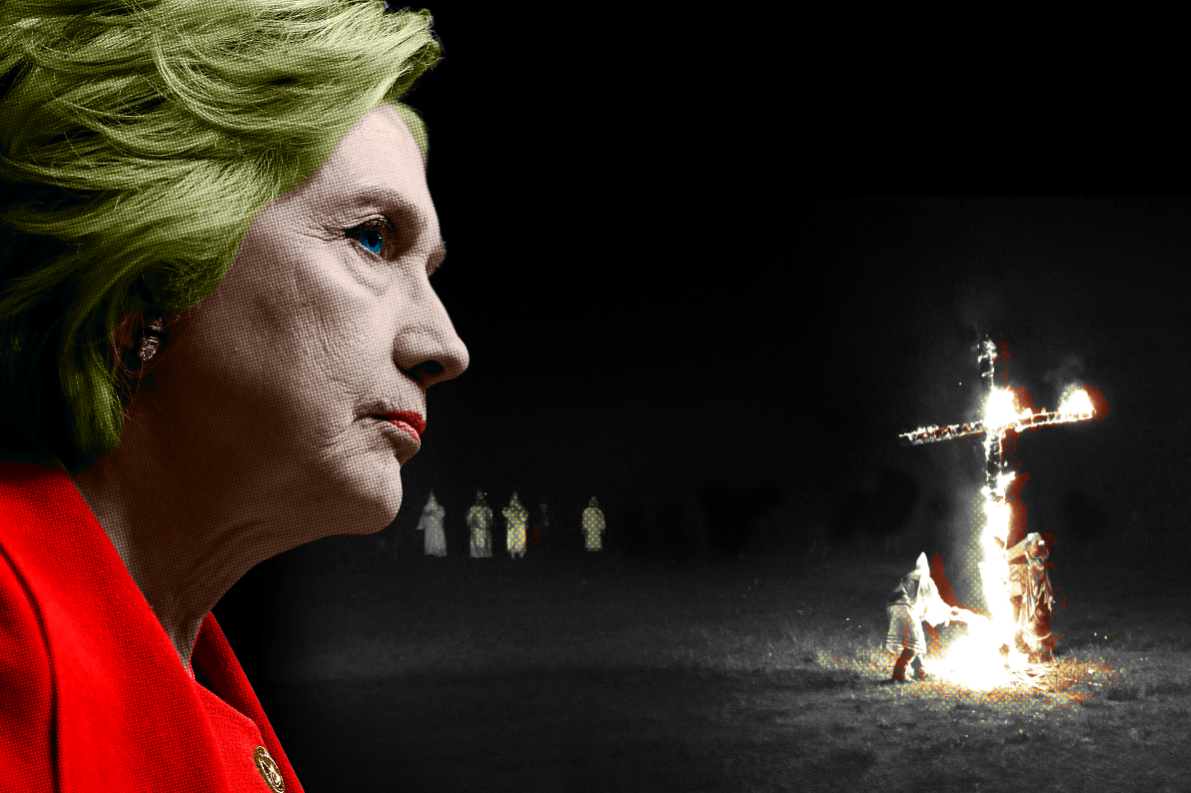 A prominent Ku Klux Klan leader says that the group has raised thousands of dollars for Hillary Clinton’s campaign and that the Klan is officially endorsing the Democratic frontrunner for president—a claim the Clinton campaign vigorously denies.

Shortly after setting a giant cross on fire with dozens of other members of various white nationalist groups in Georgia on Saturday, Will Quigg, a Grand Dragon in a California branch of the KKK, sat down with Vocativ—which was there for a larger reporting trip about the modern state of the hate group—to talk about the 2016 election. According to Quigg, “For the KKK, Clinton is our choice.”