The War Against Civilians 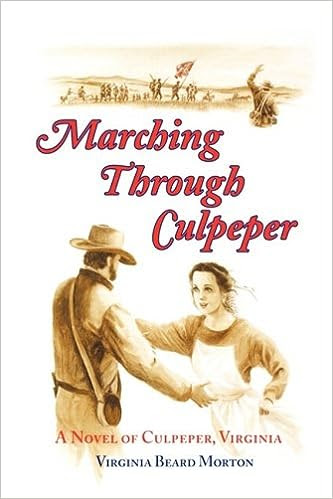 Lee’s grand army departed Gettysburg “dog-tired and hungry.” Poorly fed, they have existed on bread, berries and green apples with the horses eating only grass, and only after arriving at Culpepper did the men enjoy a cooked meal and the horses found loose corn. Of the battle at Gettysburg, Lee tells President Davis not to blame his men, that he alone is to blame “in perhaps expecting too much of [his army’s] prowess and valor.”
Bernhard Thuersam, www.Circa1865.com   The Great American Political Divide

The War Against Civilians

“August 4 [1863]: Culpepper civilians are apprehensive again. [General JEB] Stuart has not even enough men to protect them from the Federal raiders who seem to cross the Rappahannock at will. Sally Armstrong’s family is still plagued by the blue devils.

“Nothing but Yankees from morning to night,” she protested on July 29, “no signs of them leaving yet.” She hears of how horribly the Federals have been treating people in Fauquier County, and lives “in dread of having the infantry come over and pillage.” “Great anxiety we live in . . . our neighbors . . . have had almost every mouthful taken from them.”

[Nearby enemy regiments have] emboldened Culpepper slaves to dash toward Union lines all along the river, from Kelly’s Ford to Waterloo. On one evening alone, about forty “children of Ham,” as [the enemy commander] calls them, moved within his picket lines . . . . Many of the boys and men will be hired by Federal officers as body servants, although some officers refuse under any circumstances to hire “wretched niggers.”

Most have been mere field hands as slaves, complains one [Northern officer], and therefore are ignorant of the duties of a personal servant. “To this ignorance,” he elaborates, “must be added the natural laziness, lying, and dirt of the Negro, which surpasses anything an ordinary white man is capable of.” Not [all Northern troops] agree with this assessment . . . A member of the 20th New York Militia admires “the thousands” of contraband blacks laboring in [General] Meade’s camps as cooks, teamsters and servants . . . he informs his mother. He believes the blacks “as a class” exhibit more “native sense” than the majority of white Southerners.

[Meade] makes no move [and many sense] that Meade is not yet comfortable as the army’s commander. Word has it that he nearly gave up the fight at Gettysburg after the second day, and he now seems overly deliberate and cautious.

Meanwhile, Culpepper’s civilians hunker down. Captain Charles Francis Adams, Jr., commanding the Union picket force on the Hazel River . . . knows that these people hate him and his men, but he understands the reason. He has witnessed daily “acts of pillage and outrage on the poor and defenceless” that make his “hair stand on end,” and cause him to “loathe all war.” [His] Soldiers, usually under cover of darkness, break into homes, rifle closets and drawers, take what they like, and abuse and threaten their victims. Some citizens are too terrified to sleep.

“Poor Virginia!” laments Captain Adams. “Her fighting men have been slaughtered; her old men have been ruined; her women and children are starving and outraged; her servants have run away or been stolen; her fields have been desolated; her towns have been depopulated.”

“The horrors of war are not all to be found in the battle-field,” he laments, “and every army pillages and outrages to a terrible extent.”

“What shall I write for these times?” [Sally] asks her diary. “Yankees doing all conceivable wickedness.” “If God did not rule we would die in despair. He only can help us.”