A Fiery Preacher in the Old North State 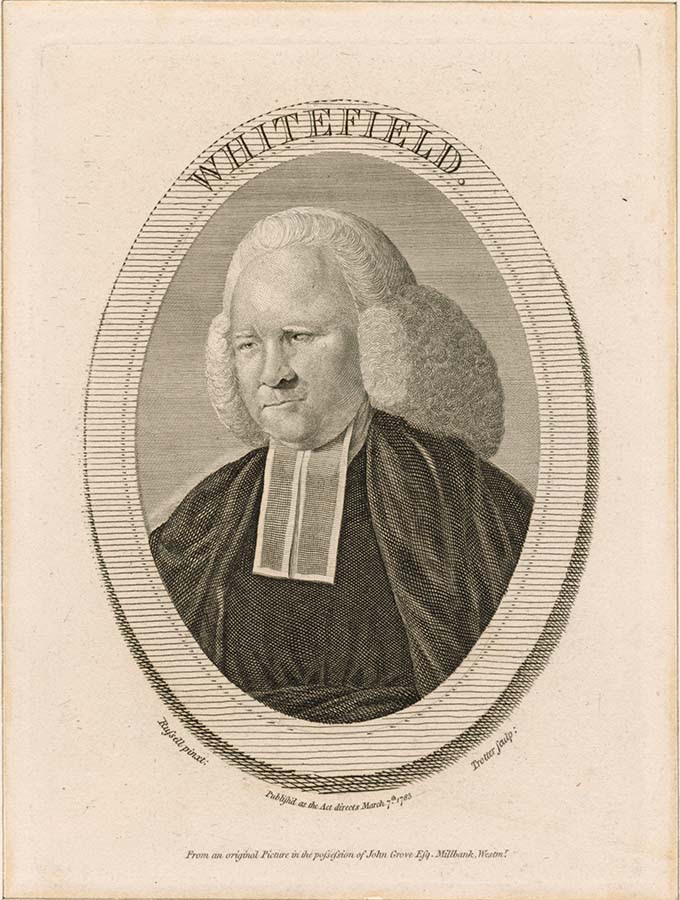 The Grand Itinerant George Whitefield was an Anglican minister from England who excelled in revivalistic preaching that was dramatic, passionate and emotional, often moving many to tears. He made several trips to the American colonies from 1739–1770, and achieved great fame and esteem.

Ben Franklin, pretty much an agnostic, was quite taken with him. Whitefield set up an orphanage in the Georgia colony in 1738. He returned to the colonies in 1739 and was a huge success in Philadelphia and New York. But in North Carolina, he encountered a cold welcome.

After leaving Virginia and riding horseback on wild and swampy roads in uninhabited territory, he arrived in the Old North State in December 1739. He passed through Eden Town, “a little Place, beautifully situated by the Water-side,” and reached Bath on the evening of December 22. The next day, a Sunday, he preached to a noon-time crowd of 100 people — low for Whitefield, who could draw thousands for his outdoor sermons. Why the lack of enthusiasm?