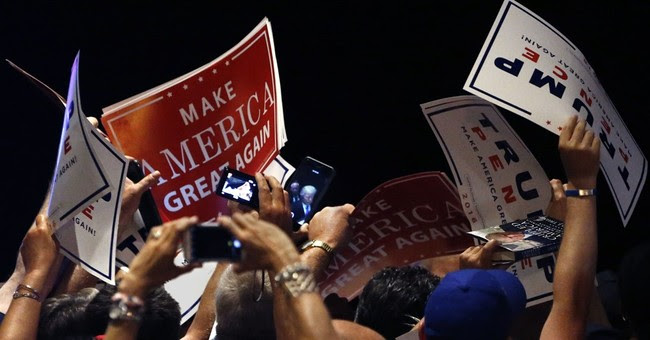 When I went to my first Trump rally in California earlier this year I noticed two male protestors holding up signs with a picture of Donald Trump next to a Nazi flag that read: “Stop Nazi Trump.”

What I found so shocking about this was not the sign itself but the irony of this picture. As they held up these signs, hordes of protesters around them spit, swore and physically pushed Trump supporters -- including women and children – as they walked in and out of the event. The irony is that these protestors that are so quick to cast Trump as Adolf Hitler are using the same violent tactics that Hitler’s Brownshirts, aka the SA, executed against Nazi opponents in the years leading up to the German dictator’s rise to power in 1933.

The radical groups that support Hillary Clinton are using these same methods of fear, violence, ridicule and intimidation. Her supporters are blindly endorsing the one candidate that is manipulating them to use the same criminal tactics Hitler’s followers applied; yet, they are too ill informed to realize this. They’ve been brainwashed to believe that Trump is the bad guy.