The Martyrdom of Mary Surratt 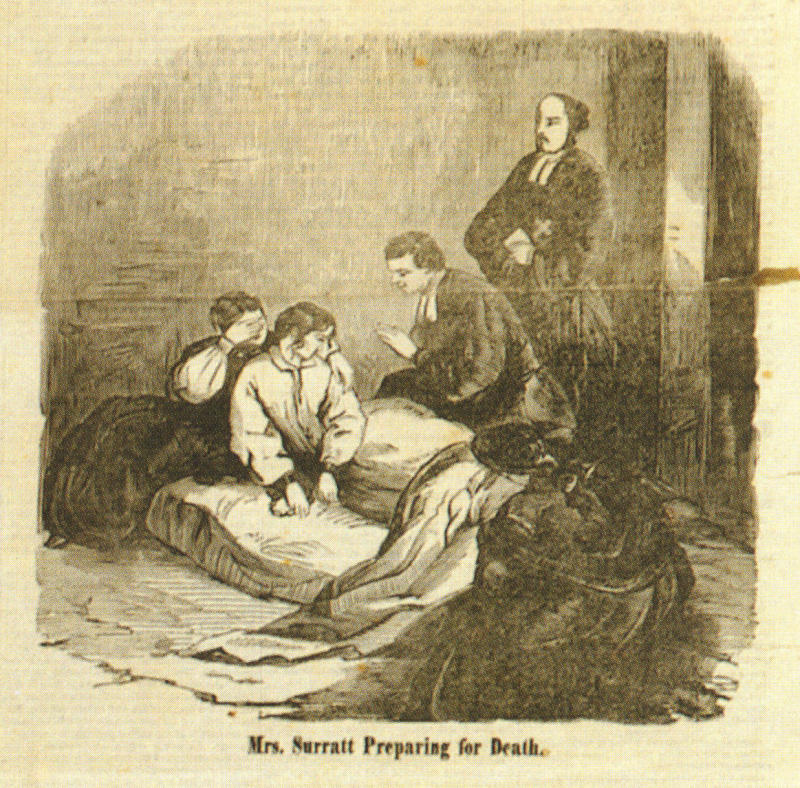 If you were given the government’s side of the story in high school history class, you were told John Wilkes Booth crept up behind President Lincoln and, bang, he shot him. End of story. Now, on to the Transcontinental Railroad and see the shoe on the other foot: Bang, we shot them, on a grander scale in dealing with Native American insurgents and unlawful enemy combatants. However, the reason the government leaves off the entire assassination conspiracy is because they executed an innocent woman. Mary Surratt’s “crime”, as it were, happened to be owning a boarding house that the Lincoln assassination “conspirators” rented rooms in. She was promptly seized in the federal sweep-and-clear operation to find the assassins, even if they really weren’t. Anyone with Southern heritage would do.