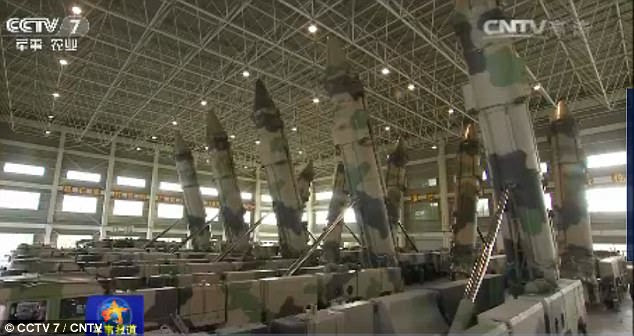 China has flexed its military muscle on state television as tensions escalate between the US and North Korea.

According to media, one of the weapons featured in the programme was DF-21 missile. The anti-ship ballistic missile boasts a firing distance of up to 1,926 miles (3,100km) and has been dubbed 'the killer of aircraft carrier'.